In the last year, almost 80 pet dogs were stolen in the north east and most were never reunited with their owners.

Police figures show that 50 dogs in Northumbria and 29 in County Durham were reported as having been snatched.

Some dogs are stolen because they belong to expensive, in-demand breeds while others are taken to be used in dog fights.

In the last three years, of the 94 dogs reported stolen in County Durham, just one was returned to its owner. Of the 143 dogs taken in Northumbria in the same period, only 34 saw their owners again.

The number of dog thefts are, however, probably underreported. This is largely because, when a dog disappears, its owners may assume it has just wandered off and got lost.

The Blue Cross charity estimates that as many as 38% of all animals reported lost have actually been stolen.

Leyla Rutter, from the Newcastle Dog and Cat Shelter, said, “I think the problem is that people don’t realise whether a dog has been lost or stolen. We would always advise people to report it as stolen as it makes it easier to get it back if it does fall into the wrong hands.”

Leyla Rutter said, “The most popular dogs to steal are Staffies, which are sadly often used as bait dogs for fights by unscrupulous people or trained to be aggressive as protection for people who are selling drugs.”

Small ‘designer’ breeds such as miniature pugs and Chihuahuas are also sometimes stolen. There was a rise in thefts of cocker spaniels after the Duke and Duchess of Cambridge adopted a puppy of this breed.

Colin Butcher, of the Pet Detectives Agency, which investigates cases of lost or stolen animals, said, “It’s easy to buy and sell dogs on the internet and prices for some dogs have got so high that buyers are beginning to turn away from traditional breeders.”

The charity DogLost estimates that 50% of dog thefts are never reported. A spokesperson said, “It’s incredibly hard to get a crime number for dog theft unless you can show actual evidence of a break-in.”

“Dogs stolen from gardens or open spaces are poorly represented because owners can’t prove they were taken and didn’t simply wander off.”

“Nor do the figures take into account the crime of ‘theft by finding’, where a dog is genuinely lost and has been found by someone who doesn’t report it.”

“Increasingly, theft by finding results in someone waiting for a reward to be offered and then claiming it.”

A spokesperson for Northumbria Police said, “To have a family pet stolen is relatively rare and the number of incidents has actually fallen since similar figures were released last year.”

“There are steps you can take to protect your animals, including micro-chipping, which was made a legal requirement for dog owners last April.”

As well as microchipping, the Blue Cross recommends not leaving your dog tied up outside shops, taking photos of yourself with your pet so you can prove ownership, making sure that all garden gates and fences are secure, and being wary of strangers asking questions about your dog.

If you think your dog might have been stolen, you should tell the police and your local animal warden, report it to your microchip database and contact nearby animal shelters. 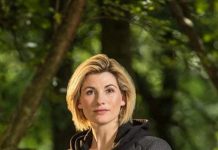 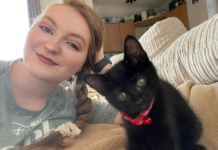 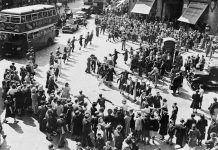