A ‘dog café’ is set to open in Newcastle. Geordies will be able to stroke a selection of corgis and pugs as they sip their espressos or munch their sandwiches.

Dog and Scone (a pun on ‘dog and bone’) will open on June 3rd in Pudding Chare. During the café’s first month of trading, children between six and twelve will get in for free. Customers will also get free entry if it is their birthday.

Otherwise, you will have to pay a £5.00 entry charge for the privilege of doting on a doggie as you polish off your cappuccino.

And if you ever decide you’ve had enough of our canine chums, you can pop a little way down the street and lavish your attention on some felines instead. Popular cat café Mog on the Tyne can be found right next door to Dog and Scone.

Though the dogs will work in the café during the day, they will be taken home at night by Dog and Scone’s owners Shi Shi and Rainbow Noi.

Newcastle University graduates Shi Shi and Rainbow spent a year waiting for the right city centre premises to become available in which to set up their business. They eventually managed to snap up an ex-takeaway in Pudding Chare.

The finishing touches are currently being put to the café’s interior décor before it opens up to mutt-crazy city dwellers in just over a week.

Dog cafés are becoming popular around the UK, with venues such as the Beach Dog Café in Manchester and House of Hounds in London’s trendy Shoreditch having opened in the last few years.

Sustained contact with dogs has been shown to release ‘happy chemicals’ in the human brain, to help lower cholesterol and high blood pressure, and to reduce stress. Children who spend time around dogs are less prone to allegies and dogs can help calm children with Attention Deficit Hyperactivity Disorder (ADHD). 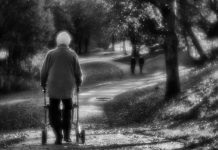