Moths are not the most popular of insects. They’re considered dowdier than butterflies and accused – often unfairly – of munching our clothes.

But researchers from Newcastle University have discovered that moths play a vital role in pollinating plants – helping out our beleaguered bees in the process – and that the humble moth can travel great distances in just one night.

A team of scientists from Newcastle, York and Hull Universities recently observed the behaviour of moths on a farm in North Yorkshire.

Using a new pollen detection technique, called DNA metabarcoding, the researchers were able to identify the types of pollen transported by the moths.

The results of the research indicate that night-flying moths complement the daytime pollination carried out by bees and that plants that can be pollinated by both classes of insect may be at an evolutionary advantage.

Newcastle University’s Dr Callum Macgregor, the lead author of the study, said, “Cutting-edge techniques allowed us to gain new insights into the species of plants which are important nectar sources for moths – and therefore might benefit from pollination after dark.”

“Over half the plant species we detected were not previously known to be visited by moths. It was particularly interesting that moths were carrying pollen from many of the same plant species that are visited by bees, hoverflies and butterflies.”

Despite a lack of previous evidence that moths are helpful to farmers, the Newcastle study found that the creatures could transport pollen from crops like oilseed rape, soya and peas.

Dr Macgregor continued, “Our studies highlight the fact that we need to think seriously about the benefits of moths to plants and agricultural systems.”

“While bees are excellent pollinators, they will only travel within the local environment of the nest. Moths can carry pollen over greater distances as they don’t have the same ties to a particular part of the landscape. Potentially, this might help to prevent inbreeding among plants.”

35% of the moths surveyed in the study were carrying pollen, with moths from the Noctuidae family the hardest-working pollinators.

The moths were also found to transport pollen from garden plants such as privet and verbena. Many gardeners have started planting nectar-rich flowers to help slumping bee and butterfly populations and it is likely that such plants will also help moths.

Plants such as ivy, jasmine, honeysuckle and buddleia are good for moths, bees and butterflies.

Moths appear to be great travellers – a previous study by the University of York showed that the insects can fly up to 25 miles in one night. Moths are also not the threat to clothes that people think. Out of the UK’s 2,500 species of moth, only two attack textiles. 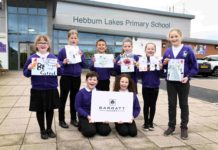 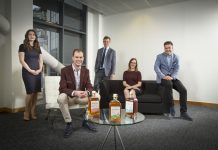 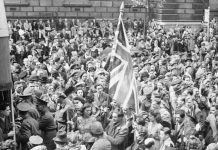 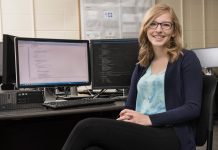