Newcastle-based scientists have created a new type of super-light material – after taking inspiration from the wings of dragonflies.

An international team of experts, led by scientists from Newcastle University, has come up with an innovative form of the material aerogel.

As well as being ultra-light, aerogel is the most porous material known to man. A piece of aerogel as big as a family car weighs just one kilogramme.

Aerogel begins as a gel and is slowly and painstakingly dried out to get a strong porous material. But this drying-out process is so difficult and expensive that aerogel has only been used for a few specialist tasks, such as collecting stardust in space.

But now the Newcastle-led team has found a far cheaper way to dry out the material – by mimicking the way that dragonflies dry their wings.

Instead of drying the gel under extreme heat and pressure, the team used bicarbonate of soda (the same substance that makes cakes rise) to blow out the water molecules in aerogel’s pores.

This is exactly the same process that dragonflies use to dry their wings. Dragonfly wings are made of a porous, layered structure which is similar to aerogel.

The wings are very light – making up just two percent of the insect’s bodyweight – but are also extremely strong. Dragonflies can use them to fly at up to thirty miles-per-hour and the wings are resilient enough to carry them across oceans.

Dr Lidija Siller, a nanoscale scientist at Newcastle University, said, “When the dragonfly emerges from its laval skin, its wings are like jelly, but within a very short time they harden to become completely dry.”

“To achieve this, they produce bicarbonate molecules which release carbon dioxide gas that regulates body pressure and dries the wings at the same time. This blows out the water to leave a dry, stable, light and strong structure.”

“We replicated this process in the lab with aerogel, blowing out the water at ambient temperature and with sodium bicarbonate.”

Dr Siller and her team feel that their new type of aerogel could be used for insulating buildings.

Dr Siller said, “Aerogels are an amazing material – safe, light and many times more insulating than what we are using now – but until now they have been out of reach for the majority of us because they are so expensive to make.”

“Our research is a step towards making them widely available.”

It is thought that this new technique could reduce the production costs of aerogel by up to 96% – from around $100 dollars to $4.00 dollars per kilo.

Dr Xiao Han, also of Newcastle University, said, “Just like dragonflies’ wings, our aerogel material is made up of ultra-thin layers of silica, which means we can create a stronger structure.”

“Our next step will be to scale up the process to produce panels of the insulation that can be used in homes and buildings to help reduce our energy use and ultimately our bills.”

The fact that dragonflies are the world’s oldest surviving type of insect is perhaps a good omen for any material based on their wings.

Dejan Kulijer, from the National Museum of Bosnia and Herzegovina – an institution that has been participating in the aerogel project – said, “These ancient insects were around long before the dinosaurs evolved.”

“They are one of the oldest insect groups to take flight and include the largest insect that ever lived – the Griffinfly – that had a wingspan of more than 70 centimetres.” 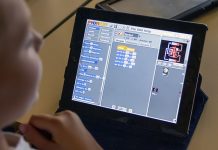 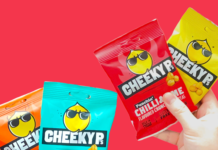 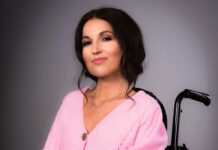 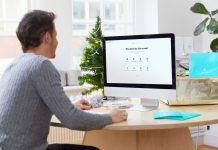