The future of Newcastle’s parks and allotments will be decided by an innovative mix of online and offline methods.

Newcastle City Council, which has experienced a 91% cut in its parks budget since 2010, has been looking into new ways to fund and maintain its allotments and parks.

One of the main ideas the council is considering is transferring the running of these spaces to a charitable trust.

Newcastle University’s Open Lab – a group of PhD students and researchers that use digital technology to tackle real world problems – is working with the council to investigate public opinion on these matters.

By using workshops and innovative online techniques like twitter discussions, they hope that local residents, allotment holders, members of the business community, charity groups and friends of parks organisations can be encouraged to join in a debate about the future of Newcastle’s green spaces.

The online discussions are exploring issues such as the activities a charitable trust could undertake, where the money could come from, how decisions should be taken, and the roles that volunteers and local communities could play.

The Open Lab team are currently providing offline workshops across Newcastle, with both evening and morning sessions available to allow as many people as possible to take part.

They are also putting on weekly twitter chats as well as discussions on the Let’s Talk Parks Website.

All the opinions and ideas gathered from both offline and online forums will be available on this website so locals can read and comment on them, resulting in further discussions being sparked.

Clara Crivellaro, who is leading the project for Open Lab, said, “The people who use the city’s parks and green spaces are best placed to give their opinions about how they’re run and managed.”

“These workshops will provide opportunities for people to come together to examine aspects of the council’s proposals and proactively contribute ideas for parks and allotments across the city.”

“The variety of ways that people can get involved in this consultation exercise is a great example of what Open Lab is all about – using digital technology to empower communities and engage them in decision making.”

Each Wednesday at 7.00 pm there are hour-long twitter debates using the hashtag #NewcastleParks, with each debate focusing on a different question.

Open Lab recently used a similar series of twitter discussions to gauge public opinion about the next generation of train carriages on the Tyne and Wear Metro.

Dan Lambton-Howard, the Open Lab researcher who is facilitating the twitter discussions, said, “Twitter provides a fantastic opportunity for people to have their say without having to attend a public meeting or workshop.”

“Anyone with a twitter account can join in the debate and already start having their say by using the hashtag #NewcastleParks.”

In addition to the workshops and online discussions run by Open Lab, Newcastle City Council is providing an online questionnaire and running drop-in sessions about the parks issue.

Cllr Kim McGuinness, the council’s cabinet member for culture and communities, said, “This is all about making sure residents get a chance to learn about our proposals and have their say on the future of Newcastle’s parks.”

“Open Lab at Newcastle University have come up with imaginative ways to deliver online material and informal face-to-face workshops that will help people think about the matters being raised.”

“Technology and social media play a big part in Open Lab’s work, as they look to get people to think outside the box and express their views and thoughts about the prospects of a charitable trust.”

“We hope this fresh approach will attract a broad cross-section of the public and allow people to participate on their own terms in person or via technology.”

To take part in, or find out more about, the Open Lab discussions please go to www.letstalkparks.co.uk. You can answer the consultation questionnaire by visiting www.letstalknewcastle.co.uk. 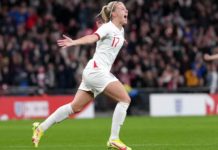 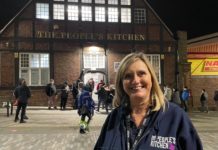 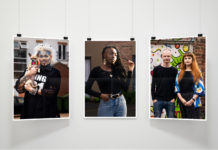