A North East theatre and production company is holding a very special performance in tribute to one of their leading actors who passed away last year.

Life of Reilly Productions have toured their play of the same name around the North East playing at Northern Stage numerous times, Queens Hall Hexham, Phoenix Theatre Blyth, Stockton ARC and The Cluny. It also had a sell-out run at Edinburgh Fringe Festival.

The gritty Northern drama set in the present day looks at autism and its impact on families particularly how family dynamics can change when an ordinary North East family receives an autism diagnosis for their son. The play portrays the family’s struggle to get a correct medical diagnosis, the difficulties experienced when trying to access help and the battle to get the right education for your child. As well as highlighting the difficulties, it also portrays the lighter side of living with an autistic person giving a balanced show for everyone’s tastes.

“We are bringing back The Life of Reilly by popular demand as we’ve had a lot of requests from people who haven’t seen it. This show is very important to us as a theatre group and the cast and crew because it’s a memorial performance to Jackie Dawson who played the great part of the granny. It marks the closing of an era and we wanted to remember a fantastic actor and a lovely person. We’ve talked to Jackie’s family who are supportive, and they’re pleased that we’re having this memorial performance. All the proceeds from this performance will go to a worthy cause that Jackie was involved with.”

Finding the right person to replace Granny Mary, which was played by Newcastle actress Jackie Dawson who sadly passed away last July, was the task of writer Alison Stanley and Producer Christine Stephenson and filling in Jackie’s shoes is actress Joanne Adams who has integrated well into the role.

“I know that Jackie was a well-loved part of the cast and that people who have seen the show before will be watching how I perform the role. I think that it’s important that I put my own personality into the character without taking away any of the special qualities that Jackie had. I’m really looking forward to performing at Gosforth,” said Joanne.

The tribute show at Gosforth Civic Theatre on Thursday 9th June will raise funds for good causes that Jackie was passionate about and tickets are available from www.gosforthcivictheatre.co.uk/the-life-of-reilly 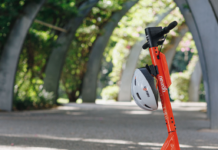 The Origins of Place Names Around Newcastle