American R ‘n’ B stars The Stylistics – famous for hits like You Make Me Feel Brand New, You Are Everything and Betcha by Golly Wow – will play Gateshead Sage on 26th October.

A vocal group, The Stylistics formed in Philadelphia in 1966 from a merger of two bands, The Percussions and The Monarchs. The original line-up featured Herb Murrell, Airrion Love, James Smith, James Dunn and the distinctive falsetto of Russell Tompkins, Jr.

Of his youth in Philadelphia, Airrion Love said, “I was always singing as I grew up – school choir, All City Choir, anything musical in school, I was there.”

“The Motown sound was the big thing so we put a group together and patterned ourselves after The Temptations.”

The Stylistics’ first single, You’re a Big Girl Now – though recorded with a budget of just $500 – was a number one hit in Philadelphia and several other cities. The 1971 follow-up album, simply entitled The Stylistics, was produced by the legendary Thom Bell.

Airrion said, “Thom Bell was very instrumental with our sound. We were the clay he moulded. I don’t think one could have happened without the other.”

The album was phenomenally successful, producing an incredible total of six hit singles, including the smashes Stop, Look, Listen to Your Heart, You Are Everything and Betcha by Golly Wow.

Airrion said, “We were all surprised and happy our music was becoming so popular. And to have so many hits from one album broke records.”

A second Thom-Bell-produced album, Round Two, further enhanced The Stylistics’ reputation for sweet love songs. During the Seventies, the group had a string of 12 consecutive R ‘n’ B top ten hits, including I’m Stone in Love with You, Break Up to Make Up and People Make the World Go Round.

You Make Me Feel Brand New was the band’s biggest hit, reaching number two in the US charts in spring 1974. In total, The Stylistics recorded five US gold singles.

The Stylistics have also had success in the UK and Europe, particularly in the latter half of the Seventies. They scored a UK number one with Can’t Give You Anything and two of their greatest hits records have topped the British album charts.

Since the band’s Seventies heyday, they have recorded with various producers and gone through several line-up changes. Their music has been used in the musical film Hair and in the Spike Lee film Crooklyn.

The band also had a surprise number one hit in Japan after Can’t Give You Anything was used in a commercial for a hair-styling product in 2006.

Airrion said, “I think I have more passion for the music these days, basically because my knowledge has grown through the years.”

“I’m still enjoying performing and our fanbase has gotten larger and younger. For that, we are truly grateful.” 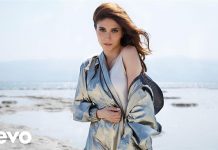 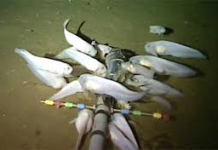 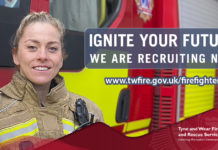