The services delivered by a North East cancer charity that celebrates its 40th anniversary this year are being bolstered thanks to new funding from Newcastle Building Society.

Coping With Cancer offers a range of free complementary therapies and counselling services to anyone who is or has been affected by a cancer diagnosis across Tyne & Wear and South East Northumberland, including the families of people with cancer and those who have lost a loved one to the disease.

The charity has seen demand for its help rise significantly through the pandemic, especially for support around emotional well-being and mental health issues, and has worked with around 800 people in the last month alone.

A £3,000 Newcastle Building Society grant will now enable Coping With Cancer to pay for 100 hours of one-to-one therapy services, which will allow people to access help more quickly.

The funding is being provided through the Newcastle Building Society Community Fund at the Community Foundation, which offers grants to charities and community groups located in or around the communities served by the Society’s branch network.

Coping With Cancer’s complimentary therapies, which are delivered in a number of community and clinical locations as well as at its Cramlington headquarters, include auricular acupuncture, reiki, aromatherapy and Indian head massage.

As part of its plans to mark its 40th anniversary, a major fundraising campaign will be launched later in the year.

Maggie Bailey, chief executive at Coping With Cancer, says: “Like every charity, fundraising has been one of our biggest challenges over the last two years, and the money we’ve received from Newcastle Building Society will make a huge difference to our work.

“Managing a cancer diagnosis and everything that follows with it is a tough enough challenge at the best of times, but the unavoidable isolation that has followed for many of the people that we’ve helped over the last two years has made it even more difficult.

“We’ve done a great deal of counselling and emotional support work over the phone to ensure that everyone had somewhere to turn, and for the therapies that have to be delivered in person, we’ve gone to great lengths to create an environment that is safe, warm and welcoming for our clients.

“Our aim is to make a practical difference to the lives of everyone with whom we’re in contact and it’s great for our team to receive lots of positive feedback from patients and their families about how they’ve achieved this goal.”

Stewart Nicol, area manager at Newcastle Building Society, adds: “Coping With Cancer’s invaluable support has a terrific impact on the well-being of hundreds of North East people and their families, and at the time of greatest need, they’ve stepped up to make sure that that support remained available whenever it was needed.”

Since its launch in 2016, Newcastle Building Society’s Community Fund has also contributed over £2.1m in grants and partnerships to a wide variety of charities and projects across the region, including the Sir Bobby Robson Foundation and the Prince’s Trust.

The grants are so far estimated to have had a positive impact on more than 151,000 people.

The Newcastle Building Society Community Fund is run in association with the Community Foundation Tyne & Wear and Northumberland. 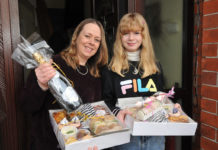 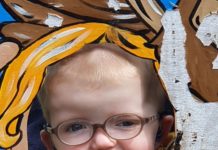