A recent survey has revealed that the residents of the north east are more likely to binge drink than people in other parts of Britain.

The survey, by the Office for National Statistics, shows that an incredible 40% of the north east’s drinkers are binge drinking at least once a week. Nationally, the figure is just 27%.

The Office for National Statistics’ study – which made its calculations by surveying 7,700 people aged over 16 – did find, however, that people in the north east drank on fewer days of the week.

In the south east and south west, there is more of a ‘continental’ pattern of alcohol consumption, with people drinking smaller amounts more frequently.

In the north east, only 7% of those who answered the survey had drunk on five or more days during the previous week. While the south east and south west had the highest levels of five-day-a-week drinking, they were at the bottom of the chart for binge drinking.

Dr Guy Pilkington is the chair of the Newcastle Gateshead Clinical Commissioning Group and also a Newcastle GP.

Dr Pilkington, who has treated many people for alcohol-related health problems, said, “These figures on the number of people in the north east binge drinking are clearly worrying and I regularly see the results in my surgery.”

“Alcohol is linked to over 60 medical conditions, including stroke, heart disease and a range of different cancers.”

“The best thing people can do to protect themselves is to stay under the recommended weekly guidelines of 14 units a week for men and women. That’s the equivalent of six pints of regular strength beer or six standard glasses of wine a week.”

Nationally, the Office for National Statistics’ survey found that people aged 16-24 are less likely to drink, but that – when they do drink – they consume more than other age groups. High earners are more likely to both binge drink and drink more frequently.

Ethnic diversity also affects drinking habits, with attitudes to alcohol varying according to culture and religion. In London, one of the UK’s most diverse areas, 32% of people are teetotal. In the north east, by contrast, only 20% of people swear off booze completely.

A different survey found that, within the north east, the booziest area – as measured by the number of off-licences – was Northumberland, with an off-licence for every 802 inhabitants. Sunderland came second, with one ‘offie’ for every 903 people. 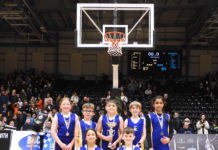 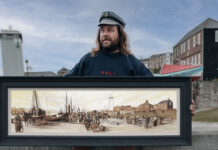 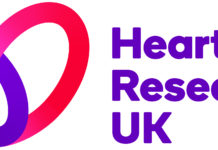