Newcastle’s up-and-coming rappers and writers are being given a chance to shine thanks to a crowdfunding initiative.

Every week, the Young Writers’ City project brings three professional musicians or writers into the school. During the course of the academic year, the writers and musicians work with over 400 young people between the ages of 12 and 16.

Now in its third year, the project enables the youngsters to express their thoughts, emotions and dreams. A group of pupils involved in the project even got to cut their own urban rap track with north-east rapper and actor Kema Kay.

Young Writers’ City is delivered by New Writing North, an organisation that for the past twenty years has been supporting writers of all ages in the north of England and helping them to reach their potential.

The next stage of the Young Writers’ City project will be financed by Crowdfund Newcastle Culture, a new citywide culture and heritage funding scheme aimed at bringing community projects to life.

New Writing North recently raised over £5,000 through Crowdfund Newcastle Culture, securing the cash in 28 days from a total of 32 donors. The money will be used to set up an out-of-school song-writing and rap group for young people from Excelsior Academy.

This will help nurture talented individuals who want to take their singing, rapping and song-writing skills to the next level.

“Through this project we have spotted many young people who are very talented and very interested, and we really strive to create opportunities for those individuals to continue to develop their writing skills.”

Lizzie added, “It’s really easy to apply and set up the webpage people donate through. New Writing North made a little film so that pledgers could understand what we were crowdfunding for, learn more about the young people we were working with, and why they wanted this sort of project to happen.”

“Lots of people who visited the page were interested in investing in Young Writers’ City and now we keep them informed about the progress of the programme.”

The pupils involved in Young Writers’ City certainly seem to have benefitted from it. Nick, 14, said, “We perform in front of each other, which helps to build up your confidence.”

Zef, 13, said, “It’s a good thing for people who might be shy as it brings yourself out as a person. Sometimes we go to other places and perform our raps for other people. My highlight was when we had the chance to go to Sage, Gateshead.”

Monika, 15, said, “I really liked the chance to write songs. I liked Young Writers because it makes me feel so comfortable about getting up on stage and bringing it on!”

Newcastle City Council’s cabinet member for culture and communities, Cllr Kim McGuinness, said, “Crowdfund Newcastle Culture has only been running for a relatively short space of time, but is already a big success.”

“It has enabled a diverse set of projects to achieve their goals, turning ideas into reality. These projects add more variety to the city’s already flourishing options and further build on our reputation for arts, culture and heritage.”

One current crowdfunding project, which is still looking for pledges, aims to bring soothing music to babies and children in the Children’s Heart Unit at Newcastle’s Freeman Hospital.

Any Newcastle-based individuals, groups or projects that feel they might be eligible for support from Crowdfund Newcastle Culture can go to www.crowdfunder.co.uk/newcastle-culture.

To find out more about the work of New Writing North, please visit www.newwritingnorth.com. 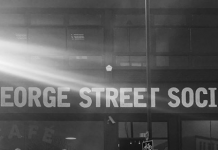 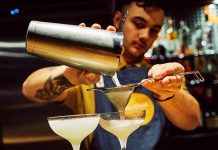 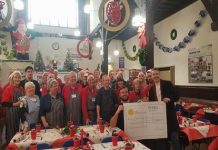