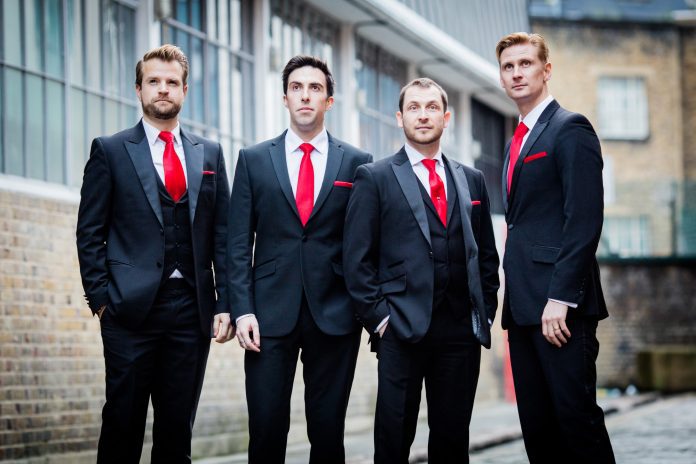 The Opera Boys – a group of classically trained singers, whose repertoire extends from opera to West End show songs to pop – are to perform at the Customs House, South Shields, on April 2nd. 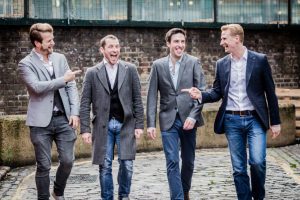 Different Opera Boys have appeared in West End and Broadway musicals like Phantom of the Opera and Sweeney Todd; sung with famous names like Elton John, Tom Jones and Robbie Williams; performed on cruise ships; and even appeared in the Eurovision Song Contest.

The Opera Boys say they want to make opera accessible to the masses and prove opera is not boring.

Rob from the Opera Boys said,

“I think there’s a preconception that opera’s a bit stuffy, that you have to put on a bowtie, spend huge sums of money and go to a great big place to see a long opera where you’ve got no idea what’s happening.”

“But that’s not the case – some of the music is incredible, and some of it’s very funny and very entertaining.”

“We try to make it a lot of fun. We make some of the songs almost comical though they’re still sung properly, of course.”

“We’ve been working together for a long time and we’re very good friends. In the show, there’s a lot of what we might call ‘pratting around’ and mickey taking between the guys.”

“There are some fun little bits – sketches is probably the wrong word – but there are some very funny bits in between songs that have grown into the show over the last few years. We do have a lot of fun on stage and we get the audience involved too.” 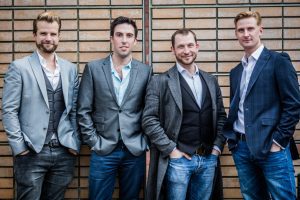 As well as their stage shows, the Opera Boys sometimes moonlight as ‘singing waiters’. Rob said, “At high profile corporate dinners, we’ll pretend to be part of the catering team then halfway through the meal we’ll jump out and start performing.”

“It’s quite a popular thing nowadays to have this surprise act popping out and bursting into operatic arias.”

An aria is a short, self-contained piece of opera often performed by just one singer.

Describing some of the Opera Boy’s past experiences, Rob said, “Richard did two tours with Elton John and performed at the Concert for Diana with him.”

“Richard said that whole experience was unbelievable, awesome and an incredible thing to be part of, but he did say he once almost got fired for stepping out and singing one of George Michael’s lines at the top of his voice though I think he got away with it. He did it well so I think Elton John let him off.”

“Michael, our tall good-looking bass baritone, was part of the Belgian entry for Eurovision the year before last.”

“He said it was probably the most surreal experience of his career. He performed in this gigantic arena and said you’re taken everywhere on a little golf cart with security guards running alongside you; you’re not allowed to walk anywhere.”

“He said it was amazing. The figures for the global audience are baffling, 200 million or something. He came fourth, so that was pretty good. So, between the guys we’ve done some very varied work.”

Commenting on the songs the Opera Boys perform, Rob said, “We do a broad cross section. It includes well-known operatic arias like Toreador and Nessun Dorma, which is probably the best-known aria in the world thanks to the incredible Pavarotti, who incidentally was the first person who popularised opera and brought it to the masses.” 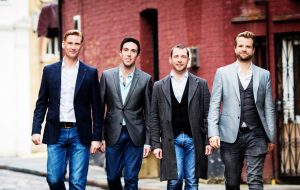 “We do famous classical pieces like Time to Say Goodbye right through to West End stuff like Phantom and Jersey Boys.”

“We also do pop songs with our own twist on them. We do Angels by Robbie Williams, which is a fabulous song. We’ve done a classical arrangement of it in four-part harmony. It’s a beautiful song, which lends itself very well to the classical style.”

“So there’s a really broad section of music in there; it’s all very well-known and there’s something for everybody.”

“We get some great messages after shows, people saying they loved every single song, which is very nice to hear.”

Asked if he had a favourite piece of opera, Rob said, “I think I’d have to say Nessun Dorma because that’s the first aria people have become really familiar with. It’s the one that gets you listening to opera. It’s an incredible aria; it’s so moving and iconic.”

The Opera Boys will perform at the Customs House, South Shields, on April 2nd at 7.30 pm. Tickets can be purchased by phoning 0191 454 1234 or by visiting www.customshouse.co.uk. 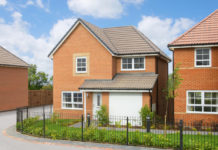 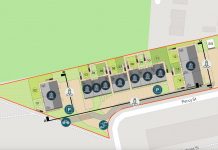 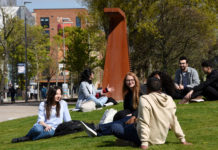