Just under a third of architects (31.1%) consider the outlook for the industry over the next three to six months to be challenging, with a further 3.9% responding that it was bleak. A slightly larger proportion, however, (36.7%) had a more positive outlook overall, considering the coming three to six months as either positive or very positive. 28.2% considered it to be steady.

These are the latest findings from SpecifiedBy, the specification-led marketing and product data specialist, as part of its first-ever industry barometer. It will test the temperature of the industry and provide regular insight into market perceptions. The barometer leverages responses from what is the largest network of architects, specifiers and product manufacturers in the UK. New figures will be released to identify trends and address topical industry issues.

The short-term outlook for firms with operations in the transport sector saw 19.7% more negative responses than positive. This was followed by leisure (14.2%), environment (11.9%) and civic and community (11.3%).

Although just a small proportion, the bleakest outlook was recorded by firms that have operations in the retail sector, with 4.7% of respondents selecting this option. The most positive outlook came from firms with operations in the hospitality sector, as 12.3% registered a very positive outlook, representing contrasting views from two sectors that, in general, have faced difficult lockdowns.

What are the top concerns for architects in this climate?

Unsurprisingly, the impact of ongoing COVID restrictions dominated concerns. These were split between the impact of the virus on business prospects (55.3%), working conditions, such as the need to work from home or the threat of increased employee sickness (41.7%), and supply chain disruption (37.0%).

The recession followed closely as a chief concern for 53.5% of the architects surveyed. With these factors creating an uncertain future, certainly in the short term, meeting annual targets was noted as a concern by only a fifth of those surveyed (19.6%). Keeping staff in jobs, on the other hand, was considered much more important with 35.0% responding that this was a concern that shaped their outlook for the next three to six months.

Other important issues for the industry received less cause for concern. New safety regulations are a concern for just 13.8% of architects, while digital transformation was cited by 11.2% and carbon-neutral goals 10.2%.

Commenting on the findings, SpecifiedBy’s CEO, Darren Lester, said: “While the balance is fairly even, it’s still good to see that, overall, there are more architect firms with a positive outlook for the coming months than there are otherwise, demonstrating a buoyancy in the industry. We expect that this positivity will have increased too with promising talk of a new vaccine.

“Being able to operate digitally, whether sourcing and comparing products or attending CPDs online, has certainly helped our industry to weather the storm. While lots of industries are looking at digital transformation as something new, however, the truth is that architects and specifiers are already online and have been for some time – digitalised processes are more a way of life than a transformation.”

With economic conditions proving to be extremely challenging, the appetite for making new hires in the next three to six months is low. 40.9% of those surveyed responded that they intend to make no new hires in this period.

There was hope, however, for the next generation of architects. Almost a third of respondents (29.7%) said that they intended to invest in talent of the future by hiring either graduates or those with 2-5 years’ experience during this period, much more than any other experience category. This also represented 77.5% of all planned new hires.

Darren Lester commented: “The industry’s appetite for hiring graduates or those starting out in their career is incredibly reassuring. Our research gives hope not just to budding architects who, like millions of other graduates right now are facing one of the toughest job markets in decades, but also to the wider economy and ancillary trades the architecture industry supports.”

An area that gave rise to a lot of debate came when the architects were asked about new competency testing.

Two-thirds of those surveyed stated that they did agree with the announced increase in mandatory competency testing (64%). Many noted that competency tests were important for evolving knowledge and keeping up to date with industry standards, especially in the light of Grenfell. Others suggested that the competency tests were not an adequate reflection of the professional proficiencies achieved in practice, and so were ‘a waste of time’.

41% of the architects surveyed felt that the RIBA was not the right organisation to be policing competency tests. Several respondents noted that ‘testing should be by an independent body’, with ARB mentioned on numerous occasions, as ‘not all architects are RIBA members’. One user wrote that ‘there should be a clear distinction between the licensing entity and any professional entity. RIBA can administer ARB’s requirements.’ Comments in support of RIBA included that they are ‘well-positioned to monitor standards of professional practice’ and that they were ‘doing the right thing’.

On this issue, Darren commented: “It is clear from the split of opinion that there needs to be an approach to training and development that works for the whole industry, not just a portion.  Ultimately this needs to be of benefit to practitioners in their daily professional lives too. The positive take is that there are so many opportunities to engage in CPD programmes, not only from the various industry bodies but also directly with manufacturers. These are increasingly accessible through online learning too, making them more time-efficient. Providing this choice and accessibility is the best way forward, and anything defined as mandatory should uphold this level of flexibility.” 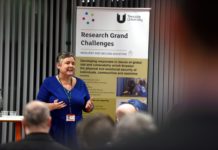 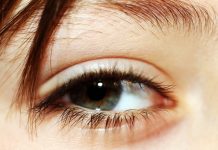