In an SEC filing, Tesla has disclosed that it has purchased $1.5 billion (USD) in bitcoin.

But why would Tesla do this?

As the man himself said, it was inevitable.

On Friday 29th January, Tesla CEO Elon Musk changed his Twitter bio to just “#bitcoin.” This is interesting, but not toally surprising, Musk expressed his interest in Bitcoin and cryptocurrencies in the past — but Elon Musk followed up with a tweet that might show he actually bought some Bitcoin.

“In retrospect, it was inevitable,” Musk tweeted.

This also continues a growing trend with more corporations starting to buy and hold Bitcoin. For example, MicroStrategy, one of the world’s leading business intelligence firms announced it would begin added Bitcoin to its balance sheet as a way to beat inflation against fiat currencies like the united states dollar (USD). Since July 2020, Saylor (Microstrategy CEO) has heralded MicroStrategy into one of the most bullish-on-bitcoin positions any publicly traded company has ever taken. First with an earnings call and then with multiple BTC purchases Saylor has normalized bitcoin on the corporate balance sheet. As of this writing, MicroStrategy’s trove stands at 40,824 BTC.

Bitcoin for Corporations
Microstrategy also hosted a bitcoin for corporations conference last week. The conference has many resources and speakers who are already doing just that, moving their business cash assets into the cryptocurrency. This may show that more large companies may also now see the benefit of moving their balance sheets into bitcoin to stave of inflation from recent monetary expansion by central banks.

A flood of central bank stimulus and widening interest among retail and institutional investors has sustained the rally in Bitcoin, even as sceptics warn that the market is in the midst of a bubble – some cryptocurrency believers also say the USD is in a ‘bubble’ with unprecedented money printing.

Tesla purchasing such a large number of bitcoin is extremely bullish for cryptocurrency investors, it could also signal the start of other major corporations like Apple or Google’s Alphabet to begin holding some of their cash reserves in BTC instead of USD.

In its SEC filing, Tesla writes that earlier this year it “updated [its] investment policy to provide [it] with more flexibility to further diversify and maximize returns on [its] cash that is not required to maintain adequate operating liquidity,” adding that it has the option of putting cash into “certain alternative reserve assets” that include “digital assets, gold bullion, gold exchange-traded funds and other assets as specified in the future.”

Tesla has “invested an aggregate $1.50 billion in bitcoin,” going on to say that the well-known electric vehicle company with one of the worlds richest CEOs “may acquire and hold digital assets from time to time or long-term.” 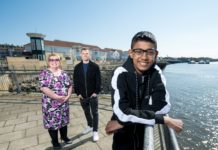 Escape Interventions – Counselling Charity Seeking Out Assistance As Demand For... 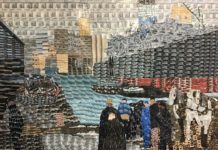 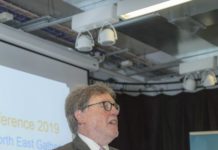 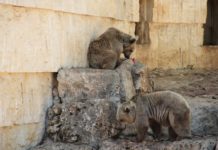 Does your Newcastle Neighbour Have the Right to Own a Bear?