Leading commercial law firm Ward Hadaway is celebrating after being recognised as the busiest corporate dealmaker in the North East in the annual Experian MarketIQ league tables, for the third year in a row, as well as ranking within the top 10 nationally.

The data published by independent analysts Experian MarketIQ, which tracks M&A deals valued at more than £500,000 at the regional and national level, has found Ward Hadaway to be the region’s top legal adviser in 2020 as measured both by volume of deals and by their value.

Despite the unprecedented logistical and economic hurdles posed by the pandemic, the 30-strong corporate team delivered an impressive number of deals. Agile working, digitisation and collaboration were at the heart of an approach that has seen the award-winning dealmakers go from strength-to-strength in 2020.

As well as ranking top in the c the team has also moved up a place in both Manchester and Yorkshire to 5th and 6th respectively, reflecting continuing expansion in both of these markets.

Robert Thompson, head of corporate at Ward Hadaway, said: “As 2019 drew to a close, our biggest perceived threat on deal activity was the uncertainty posed by Brexit – but that then paled in comparison to the havoc wrought by COVID-19, which obviously took everyone by surprise.

“The first quarter of the financial year was challenging to say the least, as deal activity dropped off completely last March, but we remained positive and proactive, supporting our clients through the new environment we found ourselves in. We began to see a gentle uptick in deal activity in July, which continued throughout August and September.  The last quarter then saw a frenetic increase in deal activity, with many of the team working extraordinarily hard during this period.

“Our rankings are a testament to the herculean efforts of our experienced lawyers, who go above and beyond to achieve exceptional results for their clients, whatever the circumstances.”

Rob paid testament to the grit, determination and agility of the team – as well as the trust of the firm’s professional friends and clients. Continuing, he said; “Agile remote working and digitisation of deal processes had a huge part to play in our success. The team – who pre-pandemic operated predominantly in a face-to-face environment – had to quickly adapt to online working and the new normal in order to transact deals which they did with speed and dexterity.

“Everything from due diligence to negotiations, execution of documents and closing processes all had to be undertaken remotely, through digital means. It’s forced us to digitise the entire deal-making process, which has in itself brought efficiencies for our team and our clients. We were able to quickly create a smooth digital process that has stood us in good stead and reduced some of the traditional time constraints and reliance on hard copy paperwork and in-person meetings, which have allowed us often to complete deals in very challenging timeframes. COVID-19 has by necessity rapidly advanced the process of virtual deal-making and it is likely that these efficiencies are here to stay.”

Rob says that Brexit has appeared to have had a negligible impact on deal-making but rumours of changes to the current Capital Gains Tax (CGT) regime have meant some clients have rushed to crystalise the value of their business before potential increases from 3 March 2021 which has contributed towards increased levels of deal activity.

He continues, “Given the likely extended lockdown and the economic impact that this continues to have, it is possible that the Chancellor may further delay any proposed CGT increases into the Autumn.  If that proves to be the case then it is likely that the deals market will continue to remain buoyant throughout the year as more shareholders seek to capitalise on that extension.

“We work with businesses of all sizes and across many different sectors, but we have a particular focus when it comes to SMEs. We are grateful to our clients for continuing to trust us with their transactions, and to our fellow professional advisers who recommend us to their clients.

“Our team is very experienced and have worked together for many years. This means we have longevity, consistency and stability, something we have built on overtime. I’m confident that if we can thrive in the most uncertain of times and deliver – for buyers, sellers and for the markets – we will continue to lead the way in corporate transactions in the region.” 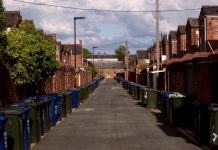 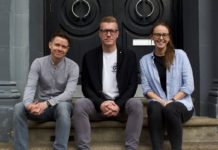 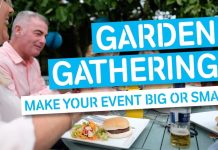 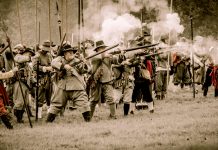