A Turner-Prize-winning artist has created a haunting soundscape in a historic north-east building.

Northumberland’s Belsay Hall is serving as the venue for the sound installation The Yelllow Wallpaper, by Susan Phillipsz.

The Yellow Wallpaper features Phillipsz’s voice intoning melancholy ballads that float through the building and overlap with each other.

The ballads, which give the impression of emanating mysteriously from unknown sources, invite visitors to follow them through the rooms of the hall.

The song The Unquiet Grave drifts through the main part of the hall while another ballad, The Shallow Sea, echoes through the cellar.

Both pieces feature Phillipsz’s eerily multi-layered vocals and at certain places in the building the two renditions intermingle.

Visitors should also listen out for voices emerging from chimney flues.

Belsay Hall – a sandstone, 19th-century, Greek Revival mansion – is managed by English Heritage. It has been used as a backdrop for creative projects by artists and designers such as Thomas Heatherwick, Paul Smith and Stella McCartney.

The hall is part of a larger complex – Belsay Hall, Castle and Gardens – which also includes a medieval castle and over 40 acres of breath-taking, grade-I-listed gardens.

Belsay Hall is a somewhat unusual stately home. When it passed into the care of the government in 1980, the agreement stressed that the hall should be displayed without furnishings, in order to emphasise the fine craftsmanship that went into its construction.

Many people feel this has given Belsay Hall a rather austere and melancholy atmosphere.

Susan Phillipsz said, “When I visited Belsay Hall for the first time, I was struck by the atmosphere in the upper bedrooms. The downstairs rooms are grand and airy, but the first-floor rooms have a different mood.”

“The smaller empty rooms and peeling wallpaper combine to produce an image of domestic abandonment. There is a tension that is palpable but undefined.”

Susan added, “Sound is diffuse; it spreads. It cannot be enclosed. It seeps across thresholds, permeates brick and travels along conduits and crevices. I am excited by the prospect of hearing how sound will break loose and emerge unannounced in corners and stairwells.”

The Yellow Wallpaper has been commissioned by English Heritage, with funding from Arts Council England and the Arts and Humanities Research Council. The piece also forms part of a joint project by Newcastle University and Leeds University entitled Mapping Contemporary Art in the Heritage Experience.

Head Collections Curator for English Heritage, Matt Thompson, said, “The hall at Belsay is a blank canvas and a perfect showcase for an installation like this.”

“It isn’t like any other historic building – it’s unique in exuding a rather melancholic and unquiet atmosphere.”

The Yellow Wallpaper is open to the public from 20th July to 16th September at Belsay Hall, Castle and Gardens, near Morpeth, Northumberland.

You can learn more about Belsay Hall at http://www.english-heritage.org.uk/visit/places/belsay-hall-castle-and-gardens/. 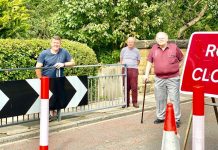 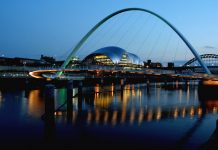 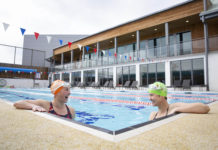