Stonehenge is one of Britain’s best-known and most mysterious monuments. But now Newcastle academics have come up with an interesting theory on how Stone-Age people could have constructed the landmark.

Archaeologists from Newcastle University are suggesting that pig fat may have played a vital role in erecting the ancient structure.

Academics have traditionally argued that traces of fat on pieces of pottery found near Stonehenge come from dishes used to feed the builders of the monument. However, the Newcastle archaeologists suspect these ‘dishes’ would have been more like buckets.

Such buckets would have probably stored tallow, a type of animal fat. This tallow could have been used to grease sledges that transported huge pieces of stone to the Stonehenge site.

These stones – up to eight metres high, with a weight of up to two tonnes – were probably moved by teams of around 20 people by being placed on sleds that were rolled over logs. Using tallow as lubrication would have made this process easier.

Dr Lisa-Marie Shillito, a senior lecturer in landscape archaeology at Newcastle University, said, “I was interested in the exceptional level of preservation and high quantities of lipids – or fatty residues – we recovered from the pottery.”

“I wanted to know more about why we see these high quantities of pig fat in pottery, when the animal bones that have been excavated at the site show that many of the pigs were ‘spit roasted’ rather than chopped up as you would expect if they were being cooked in the pots.”

“There are still many unanswered questions surrounding the construction of Stonehenge.”

“Until now, there has been a general assumption that the traces of animal fat absorbed by these pieces of pottery were related to the cooking and consumption of food, and this steered initial interpretations in that direction.”

“But there may have been other things going on as well, and these residues could be tantalising evidence of the greased sled theory.”

“Archaeological interpretations of pottery residues can sometimes only give us part of the picture. We need to think about the wider context of what else we know and take a ‘multi-proxy’ approach to identify other possibilities if we hope to get a better understanding.” 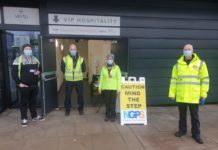 Firefighters and Fire Staff Praised by NHS After Dedicating More Than... 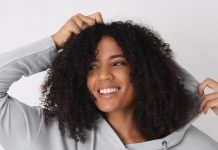 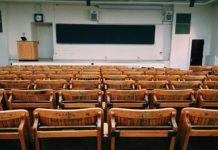 Local Teacher Calls On People In Newcastle To Join Them In...