Home Business Start Up Loans Benefit Over 4,800 Businesses In The North East!

The British Business Bank’s Start Up Loans programme today announces that it has passed a major milestone of £600 million loans delivered outside of London. Since its launch in 2012, the Bank has provided 4,875 loans to entrepreneurs in the North East, making up six per cent of the national figure.

Start Up Loans provides mentoring, support and funding to aspiring business owners in every corner of the United Kingdom and its impact has been particularly noticeable among individuals who might find it difficult to secure finance through traditional lenders.

The North East received 4,875 loans, worth £42.5m in total. Of these loans, 39 per cent went to women. These figures reflect the diversity of entrepreneurialism across the country and highlight the success of the programme in supporting small businesses that reside outside London.

Whitley Bay-based supplier of organic seaweed products Seaweed & Co, is a recipient of the Start Up Loans programme. Having started the business in 2014 after discovering the nutritional benefits of seaweed Dr Craig Rose, also known as Dr Seaweed, sought to make it as easy as possible to achieve natural health and wellness from sustainable seaweed. The business received a loan of £25,000 in January 2020 to launch its products to stores across the UK.

Dr Craig Rose, Founder of Seaweed & Co., said: “Without the support and advice we received from Start-Up Loans, we wouldn’t be in the strong position we are today. We’ve been able to launch in Boots stores and online, in Holland & Barratt and in Sainsbury’s. Beyond that, we’ve expanded overseas, and are enabling people across the world to experience the benefits of seaweed!

Having the support from Start-Up Loans, as a government-backed programme, gave me the confidence to believe in myself and fully make the move to become my own boss. I hadn’t come from a business background, so whilst the low-interest loans were brilliant, having access to the pre-and-post loan advice and guidance was crucial for me, and it ultimately what attracted me to SUL as a lender.”

“Providing £600 million worth of funding to new businesses outside of London is a huge milestone for the government-backed Start Up Loans programme and that so many businesses in the North East have been supported reflects the broad diversity and ambition of the region’s small businesses at a grass roots level.

We have always been committed to providing support and funding to small businesses that hail from each corner of the country, particularly in areas of deprivation where people may struggle to access funding, and this milestone is tribute to that.

We are proud that our loans, mentoring and support for aspiring and existing entrepreneurs is helping to support the Build Back Better agenda and we’re delighted to have been able to help Seaweed & Co. make their dream into a reality.”

Small Business Minister Paul Scully said: “There is so much creativity and dynamism in the North East and across the UK, but without access to funding and support it’s difficult to fully unlock the entrepreneurial spirit that makes this country great.

“From windscreen wipers to Swan’s lightbulbs, to Lucozade, Tyneside has a proud history of creativity and innovation, a legacy which new businesses with global ambitions like Seaweed & Co are continuing.

“The Start Up Loans programme has helped a diverse range of entrepreneurs across the UK to get their business ideas off the ground, levelling up the entire country and enabling talented business leaders from all backgrounds to flourish.” 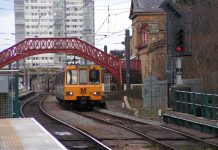 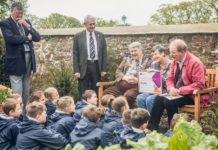 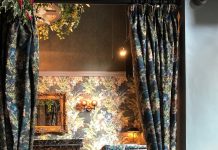 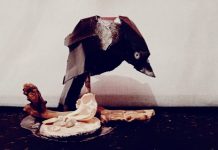