Leading North East practice Space Architects is celebrating 20 years of designing schools, with the submission of plans for their 85th building, a multi-million-pound school in Hyde, Greater Manchester.

The firm’s first secondary education project in the public sector was Blyth Community College, which opened in Northumberland in 2002. Since then, they have delivered eight schools for Gateshead Council, ten for Dumfries and Galloway Council in Scotland and five schools on the Isle of Wight, as well as facilities in Sunderland, Knowsley and Hull, amongst others.

Planning permission was submitted for the new multi-million pound Belle Vue Academy – a secondary school accommodating 1,200 students and up to 70 staff and sponsored by Co-op – in January. Work is expected to commence on site this summer providing 8,610sqm of space over three floors.

The school provides over 57 teaching and community spaces including an auditorium, dining areas and sports hall, in line with the Department for Education’s baseline designs.

The 85 schools across the UK designed by Space Architects include primaries, secondaries, special and free school schemes, totaling £800 million in design and build over the past two decades. Prior to their work in the public sector, the practice spent several decades designing private schools, before the then government’s PFI scheme saw significant investment in new state schools.

Space Architects worked with Sir Robert McAlpine on an ambitious timeline that will complete the project at a pace. The first client engagement meeting, through to planning submission took just two months, allowing the project to start on site in summer 2021 should the application be successful.

Paul Broadfoot, a Director at Space Architects, is leading the project. He said; “From the first client meeting in early November to full planning being submitted in January, was a remarkable achievement. It is a testament to the efforts of Sir Robert McAlpine and the design team, Manchester City Council and school sponsor Co-op. The collective drive of all stakeholders was evident in every meeting which pushed the envelope on creating an excellent educational facility that is not only a stunning design but also suits the specific teaching pedagogy of Co-op Academies.

“This building marks 20 years of school design for the practice. A lot has changed over the years in terms of the procurement, design and build of education schemes, but one thing that remains constant is our commitment to delivering buildings that improve people’s lives and make a difference in where they live, work, learn and play.

“Our work at a national level underlines the fact that from here in the region, we continue to make a positive contribution, both economically through job creation and retention, as well as flying the flag for North East creativity. With the current government pledging to ‘build, build, build’ over the coming years there is plenty of opportunities to continue to deliver exceptional buildings that make a real difference to local communities.”

Belle Vue Academy will be situated on the site of the former Showcase Cinema on Hyde Road in Manchester. For more than 140 years, the site was part of the well-known Belle Vue Zoological Gardens, from which the new school takes its name. A memorial stone located at the entrance to the site will be retained. 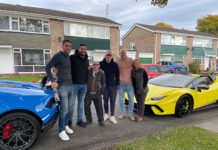 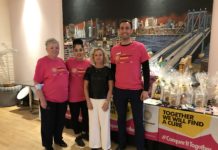 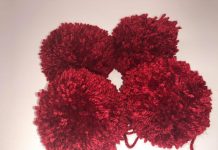 Grey’s Monument to Be Hung with Red Pompoms to Highlight Period... 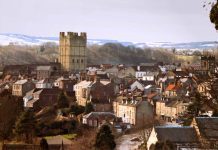 Five Fantastic Places for Days Out in North Yorkshire