Northumberland Zoo, a family-run, not-for-profit zoo, is proud to welcome a new megabat species as part of one of their biggest and most vital projects to date.

Already home to Snow Leopards and tiny harvest mice, the Zoo is now home to the world’s second captive breeding population of Livingstone’s Fruit Bats, becoming the UK mainland’s only location where you can see these rare bats.

The zoo has created a purpose-built, sustainable facility where these flying mammals can be shown at their best with ample room to spread their wings and fly. These ‘flying foxes’, as they are affectionately called, have an impressive wingspan of up to 1.4 metres and they are the world’s third largest bat species.

The bats at the Zoo are part of a vital captive breeding programme, in association with Gerald Durrell’s Jersey Zoo, to increase their population in captivity and maintain a captive back-up group in case their wild counter-parts become extinct. Currently, there are only 98 of these bats in captivity in the world between Northumberland, Jersey and a zoo in France.

Zoo Curator, Maxine Bradley, stated “It is an incredible responsibility and a massive achievement for us to join this breeding programme, holding almost 15% of the total captive population of these amazing bats.”

Unlike most bat exhibits within Zoos, the new ‘Fruit Bat Island’ exhibit is a day-time exhibit, allowing visitors to see the residents up close and in daylight. “My goal is to change visitor perceptions with regards to bats. These bats have adorable fox-like furry faces, with big Mickey Mouse ears and huge eyes – I want people to fall in love with them and gain a new favourite animal when they visit.” says Maxine.

Livingstone’s Fruit Bats originate from just two small islands that form part of the Republic of Comoros in the Indian Ocean, northwest of Madagascar. The most recent survey found approximately 1,200 wild bats in as few as 25 different roost sites across remote areas of the two islands. This species is at risk of imminent extinction, which means they are likely to become extinct in the near future. This is due to deforestation and the risk of severe tropical storms.

The Comoros is a developing nation with an exponentially increasing human population who use trees for building & industry, and land for growing food & earning survival income.

With increased global warming effects, the stronger cyclones and hurricanes that hit the Comoros Islands bring a high risk of destroying bat roosts, creating mudslides and whisking fragmented bat populations out to sea where they then become stranded.

Northumberland Zoo will be supporting the vital conservation work carried out by Dahari NGO who are based in the Comoros, responsible for protecting natural habitats and educating the people who share the islands with this rare and elusive species.

Visitors to Northumberland Zoo, near Felton, will be able to see these bats on display in their new exhibit from December 27th. Visitors can also learn more about the bats through the interactive Northumberland Zoo app and watch the story of the bats arriving on the Zoo’s Youtube channel. 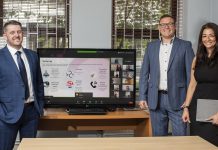 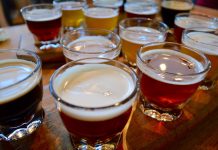