On Saturday 15th July, the choir took part in the Relay for Life – a charity running event, held at Monkton Stadium in Jarrow.

Rock Choir members from Newcastle, Chester-le-Street, Durham, Hexham, Ponteland and Sunderland converged on the stadium, where they not only performed for those taking part in the relay but entered a team themselves.

This team took it in turns to walk around the track for 22 hours – to show that cancer never sleeps.

Sara Cochrane, a member of the Chester-le-Street Rock Choir and the relay team leader, said, “I lost my father to cancer some three years ago when he was just 53.”

“When he was diagnosed, being part of Rock Choir gave me time to relax and refocus to be able to nurse him at home. Cancer Research UK helped us find out whether his cancer was hereditary.”

“Cancer doesn’t discriminate and it’s devastating when it happens in a family. Look at what happened to poor Bradley Lowery and his family.”

“We know that there are more survivors of cancer now because of Cancer Research and we just want to help the charity raise even more funds to fight this terrible disease. It’s an honour to be part of Relay for Life alongside my friends from Rock Choir.”

Rob Slater, the leader of North East Rock Choir, said, “My members love supporting charity events, especially when it means so much to so many. In our choirs, we have members who have been touched by cancer and we also have members who are survivors of cancer.”

“Over the last few weeks, as well as doing major events like singing with Sons of Pitches at Sage and recording at Abbey Road, we’ve supported several of the local Race for Life events too. They’re all important to us.”

Rock Choir was started in Farnham, Surrey, in 2004 by musician and singer Caroline Redman Lusher. Now with over 25,000 members in over 360 local communities, Rock Choir is the UK’s biggest contemporary choir.

Anybody can join their local Rock Choir. There are no auditions and it isn’t necessary to read music or have any singing experience.

Rock Choir holds three Guinness World Records – for the largest musical act to release an album, for the biggest hit act in the UK, and for the largest song-and-dance routine held at multiple venues.

Rock Choir has also raised millions for charity through various performances and events.

You can find out more about Rock Choir by going to www.rockchoir.com. 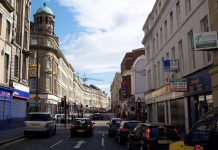 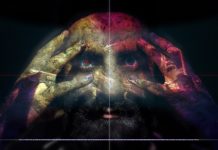 Devices Implanted in Body Could Link Our Brains to Computers 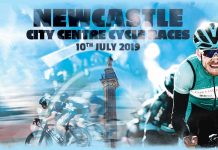 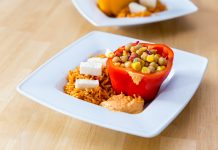