A Newcastle poet has teamed up with bus operator Go North East – to raise awareness of the challenges faced by those with mobility issues.

Poems by Anna Woodford will appear on a special Poetry in Motion bus. The bus will travel along one of Go North East’s most popular routes – the Quaylink Q3 – which connects Central Newcastle, the Quayside, Walker and Wallsend.

The poems were inspired by a three-year study called Co-Motion. The study – which involved Newcastle University – investigated the links between mobility and well-being in people aged over 55.

The Co-Motion study – which was conducted in Northumberland, York and Leeds from 2014 to 2017 – also explored how the behaviour of the general public affected those with mobility problems. Sadly, the study found that the impact of their behaviour was often negative.

The poems are therefore an attempt to raise people’s awareness of the difficulties encountered by those dealing with mobility issues.

Rose Gilroy – a professor of ageing, planning and policy in Newcastle University’s School of Architecture, Planning and Landscape – said, “The people involved in the research were going through a life transition, such as having just given up work, starting to live alone or losing sight, and our research looked at how that transition impacts on their sense of wellbeing and ways of getting about.”

“We wanted to get our findings out there and into people’s heads, by engaging with creative people. I approached Anna to draw on the narratives, pick out the striking messages and create poetry that might get these across.”

“Anna’s poems are the vehicle for helping to change attitudes in the local community.”

“We approached Go North East to be part of the project and bring it to life, holding up a mirror to society and saying ‘This is what’s happening’ to encourage people to be more conscious of their actions.”

Anna Woodford – whose poems were previously displayed on 100 Go North East buses in 2018 as part of the Great Exhibition of the North – said, “These poems are about encouraging people to be kinder to those sitting next to them.”

“It’s a thrill to see my poems on the side of the bus, but it’s about more than that. The message is: treat others how you would want to be treated.”

“Hopefully, my words will change people’s attitudes and inspire them to think about the difference a kind word or action can make to someone’s day.”

“Bus travel is a great opportunity to encourage community cohesion. We hope Anna’s poems will be a prompt to people to scrutinise how their actions can have a positive impact on others.” 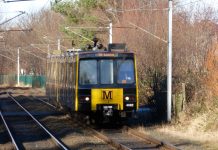 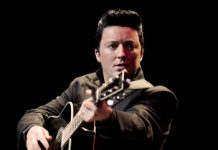 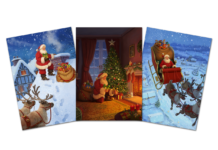