Researchers from Newcastle University would like to speak to anyone who took part in the north east’s Save Our Shipyards campaign in the 1980s.

The 1983-4 campaign battled unsuccessfully to save the shipyards – and the jobs linked to them – on the rivers Tyne and Wear.

The researchers would especially like to speak to people who were involved with two films that were made as part of the campaign.

Known collectively as The Shipyard Tapes, the films featured workers at Swan Hunter on the Tyne and Austin and Pickersgill on the Wear. The workers’ families were also interviewed, as well as union leaders and local politicians.

The films are both about twenty minutes long and have been preserved in the North East Film Archive, which is working with Newcastle University on the oral history project.

The first film – The Price of Ships – explores the economics of the global shipbuilding sector while stressing the strengths of the north-east shipyards and making the case for more government support.

The second film – Down That Road Again – argues against returning the nationalised yards to private ownership. The film warns that privatisation could result in the return of the insecure, casual labour that was typical of the industry before nationalisation.

The films were both commissioned by Tyne and Wear County Council.

The Newcastle University researchers would like to speak to anyone who appeared in or helped to make the films.

They are also keen to hear from any council or union employees involved with commissioning the films, along with anyone who knows where the films were screened or whether any posters, flyers or newspaper reports linked to the films still exist.

The researchers would also like to capture people’s more general memories of the shipyards, the communities around them, and the wider political and industrial environment of the time.

Dr Alison Atkinson Phillips, a research associate at Newcastle University, said, “The 80s were without doubt a tumultuous time for shipbuilding in the north east.”

“Even today, many families on Tyneside and Wearside continue to have a connection with shipbuilding, perhaps as former employees themselves or by being related to someone who worked at one of the yards.”

“In carrying out this project, we want to capture people’s memories of this particular campaign so that a full range of histories is recorded.”

Sadly – faced with a global depression in the shipbuilding trade and a series of government cutbacks – the Save our Shipyards campaign had little success.

In 1988, the news came that NESL – the company formed from the merger of Austin and Pickersgill and Sunderland Shipbuilders Ltd – would close. In 1993, Swan Hunter called in the receivers.

The Newcastle researchers plan to hold a screening of the two films in the near future. At this event, people will have the chance to share their memories of the Save our Shipyards campaign and of the shipbuilding industry in general.

The shipyards project is one of the first studies to be undertaken by Newcastle University’s new Oral History Collective.

The collective aims to work with museums, heritage groups and local historians to highlight and examine the role played by oral history, especially in relation to deindustrialisation and regeneration in the UK.

The head of the Oral History Collective, Professor Graham Smith, said, “As eyewitnesses to the recent past, each of us has a place in making history.”

“Even those events that are widely reported at the time and then made into popular histories can affect different people in different ways. People’s memories and perspectives will vary and we are interested in the differences and similarities in memories as a way of producing histories.”

“Gathering a range of voices will also help us understand the influence of memory on how we collectively recall the past.”

If you would like to take part in the shipyards oral history project, please email oralhistory@newcastle.ac.uk by 31st August. 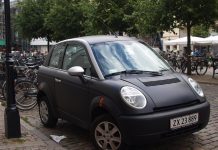 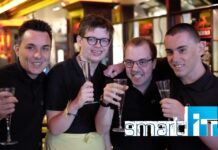 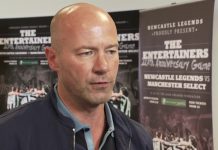 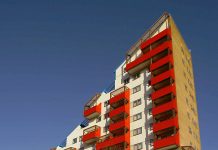