On Wednesday 10th July many city centre streets will be closed including Grey Street, Grainger Street and the Bigg Market. The reason they’ll be closed is for professional cyclists to compete in a major hour-long race to start and finish at Grey’s Monument.

As cyclists bring Newcastle traffic to a standstill a podium is to be erected at the top of Grey Street for the first pro cycling event in the city in over 20 years.

It is expected around 80 cycling competitors will make their way to Newcastle for the National Circuit Series and a new race for Britain’s under-14s and under-16s called the Newcastle City Sprint will also see some of the countries best young cyclists compete on a shorter circuit.

Around 80 elite cyclists will compete in an hour-long race starting and finishing at Grey’s Monument on July 10 which means the closure of normally-busy city roads.

Business improvement district company NE1 is working with British Cycling; Velo 29; Newcastle City Council and HSBC UK to debut youth race which will act as a warm-up for the main Nocturn event which begins at 8:00 pm.

Watch Video Above: Streamed live on Jul 3, 2019 – The Property Development Otley Grand Prix was round one of the men’s 2019 HSBC UK | National Circuit Series. Taking in place in Otley, West Yorkshire close to Leeds, the men’s race is just one of many at the historic Otley Cycle Races which sees thousands of people in attendance lining the course.

Many of the race routes will take place on some of Newcastle’s most populous streets and road closures and traffic disruption may affect road users up to 9:30 pm on Wednesday 10th July.

Here is the race route:

Here are the Race times:

The following roads will be closed on Wednesday July 10 between 6:00 pm and 10:00 pm. The race route will have barriers with crossing points at various intervals for city pedestrians.

Bigg Market – for its entire length

Nun Street – for its entire length

Nelson Street – for its entire length

Shakespeare Street – for its entire length 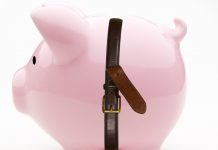 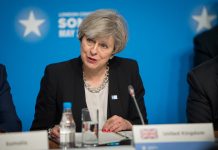 ‘Why Do Politicians Keep Swearing So Much?’ Newcastle Academic Asks 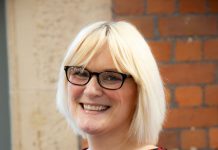 North East Based Literary Event Shortlisted For Event of the Year...