The 32-year-old came through the club’s academy and scored 42 tries in his 237 games, saying: “I’ve taken the decision to retire from rugby. It’s a decision that’s been hard to make, but it’s the right one for me and my family right now.

“I’ve been involved with the Falcons since I was a 14-year-old coming over from Kendal for academy training, and I’ve got some amazing memories. You never really know how you’re going to end your career, but for me, this is my time to call it a day.”

Cumbrian back-rower Wilson continued the Falcons’ proud tradition of growing their own, rising through the ranks to become a double centurion as well as representing his country at the elite level of the game.

Having made one appearance from the bench this season following an operation on his knee, he said: “My injury has made me re-assess where I’m at from a career point of view.

“That has been in the background and been in my thoughts quite a lot, and whilst it hasn’t been the case that the injury has physically ended my career in its own right, it’s certainly been one of the main things which has added to my decision.”

As well as becoming a Newcastle Falcons great, the Cumbrian also won 23 caps for England between 2017 and 2021, playing in the 2019 Rugby World Cup final and winning the 2020 Six Nations Championship.

Newcastle Falcons director of rugby Dean Richards said: “We’re all gutted and disappointed that Mark is retiring from rugby, but he has made a massive contribution to this club.

“He epitomises what we are about as someone who has come through our academy system, and can look back and be proud about what was a fantastic career. I’m sure I speak for everybody associated with the Falcons when I say a heartfelt thank you for everything he has given us during his time here.

“Mark is a team man who has put his body on the line time and time again, he embodies our homegrown philosophy and we all felt an enormous sense of pride when he went on to do so well on the international stage. He has inspired so many local youngsters by coming through our academy and reaching such heights, and I’m sure he won’t be a stranger around the place.”

Newcastle Falcons chairman Semore Kurdi said: “Mark typifies what it means to be a Newcastle Falcon, as someone who has come through our academy and gone on to achieve everything he has.

“He always put the team above personal gain, he has been an incredible player and leader here for well over a decade and it gave us a huge amount of pride to see a homegrown talent recognised on the international stage when he was called up by England.

“I want to personally thank him for everything he has contributed to the club, and to rugby in our region. He will rightly be regarded as a Newcastle Falcons great who is always welcome here, and he will be an inspiration to the many talented young players currently in our academy system.

“We’ve got a wealth of highly-promising players working their way up our pathway which leaves us in great health for the future, and that’s thanks in no small part to the example Mark has given them.”

A fans’ favourite who sits at eighth in the list of first-team appearance-makers during the professional era, Wilson said: “The overriding message I want to put across is just to thank everyone, by which I mean my family, my team-mates, my coaches, all the staff at the club and our supporters.

“The Falcons fans have always been great with me, and one of the biggest buzzes I’ve had was coming out to play in front of a full Kingston Park Stadium.

“I’ll still be here supporting the team, and I’d love my son to come along and see where I used to play. So yeah, it’s just a massive ‘thank you’ from my side to all the Falcons supporters – it’s really meant so much to have all that backing during the time I’ve been here.”

With so many memories to look back on, Wilson said: “One of the fondest periods I can remember from my time here is when we came up from the Championship and had that real resurgence, going on to finish fourth and playing in the Premiership semi-finals.

“There’ll be loads more that I’ve forgotten, but overall just to be involved and to be lucky enough to lead the side in big games like that – it’s been really special.”

Asked about what lies ahead, he added: “I’ll still be coming to watch games and supporting the club, but for now it’s time to get on with the next part of my life.

“To begin with I just want to take some time off. My wife has started a new business within the past year so I want to support her in that, and I just want to be around for the kids a little bit more.

“I want to make sure I’m fully committed to the next thing that I do, and that it’s the right thing for me. I’m excited about what’s next for us as a family, and proud of what I’ve been able to contribute to the club during my time here.” 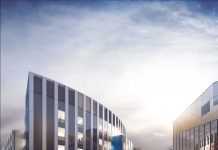