Fake goods with a value of thousands of pounds have been seized in Newcastle.

Jewellery, clothes and footwear – destined to be sold over Facebook – were confiscated from a home in the city’s East End.

Trading Standards suspect the goods seized would have been sold during the lucrative run-up to Christmas.

Newcastle City Council’s cabinet member for the environment, Cllr Nick Kemp, said, “It’s understandable that with the squeeze on incomes everyone’s looking for bargains this Christmas.”

“But if the offer seems too good to be true then it probably is.”

“I would urge shoppers to take care when buying goods, especially privately. Check that they are the real thing.”

“If they are not, you could be given perfume that burns the skin, clothes that fall apart or electrical items that burst into flames.”

“Our Trading Standards officers always act on complaints received. They monitor what is being sold through social media so the message is clear: if you are selling dodgy goods and ripping off the public, we will catch you.”

“You will be living with that fear of getting a knock on the door.”

Officers recently swooped on two addresses – in unconnected raids – after complaints from people who had purchased counterfeit goods on Facebook.

The officers suspect that many of the articles they seized are stamped with fake trademarks and are of very low quality. A computer was also removed from one of the addresses and its contents will be examined.

It is estimated that around 4% of goods imported into the UK are counterfeit. China is thought to be the biggest producer of fake products. The trade in counterfeit goods in the UK is estimated to be worth £3.9 billion.

The most commonly counterfeited goods are clothing and tobacco products, followed by cosmetics, footwear and alcoholic drinks. There has also recently been an increase in the number of counterfeit toys on the market.

Most counterfeit goods are sold through shops. The second most popular means of selling fakes is through social media followed by sales from people’s houses then auctions.

Newcastle Trading Standards manager, David Ellerington, said, “If you suspect someone is dealing in counterfeit goods, don’t ignore it.”

“We always act on intelligence received and will be stepping up these raids in the run-up to Christmas.”

(The featured image is courtesy of Blogtrepreneur from Flickr Creative Commons.) 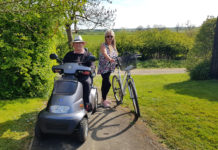 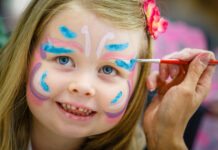 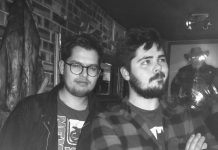 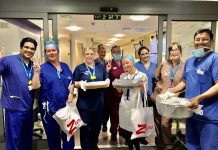