Nick Forbes, the leader of Newcastle City Council, could soon be enjoying a significant pay rise. Newcastle’s Independent Remuneration Panel has proposed an increase that would take Cllr Forbes’s allowance to £36,000 per year.

While there are many in the public and private sectors that earn a lot more than this, what Nick Forbes would receive would still be more than twice the average wage in Newcastle, which clocks in at just £16,000.

The Remuneration Panel have suggested a pay rise for other local government officials too. The council’s cabinet members – who have specific responsibilities for areas such as refuse collection, young people’s services and libraries – could enjoy increases of almost £2,800 in the extra allowances they get for performing these tasks.

In addition, all of Newcastle City Council’s 78 councillors would see their annual allowances boosted by £200.

With the chairs of committees and the leaders of opposition parties also in line for pay rises, the panel’s proposals would see an extra £84,000 a year being spent on allowances.

A spokesperson for Newcastle City Council said, “In line with government regulations, members’ allowances must be reviewed annually by a panel of independent lay people.”

“This year the Independent Remuneration Panel have recommended a series of changes to allowances.”

“The final decision on whether to accept the recommendations in full, amend them in part or reject them will rest with the councillors when full council meets on Wednesday, February 1st.”

Eric Richards, the panel’s chair, said the pay of elected officials needs to reflect the fact that Newcastle is an important UK city. The pay of councillors has been frozen since 2009.

Mr Richards commented, “This year we decided to re-examine the (pay) scheme. We wanted to establish exactly what a Councillor did for their money, some people say nothing – but it could not be further from that.”

“A small increase is justifiable. When we looked at other authorities, some are way ahead in their allowances. This is Newcastle catching up.”

Newcastle’s councillors do receive less than others in the North East of England. In County Durham, a councillor gets £13,000 while in Gateshead they receive £10,446. At the moment in Newcastle, councillors get £8,775.

The money paid to councillors is not viewed as a salary, but rather as compensation for the time spent on council duties. The allowances are, however, treated like salaries for tax purposes.

In Newcastle City Council’s October budget, £30 million worth of cuts were announced.

In County Durham recently, councillors and care workers took up a challenge to live on £57.90 a week, which is the amount youngsters who are on jobseeker’s allowance or income support receive. 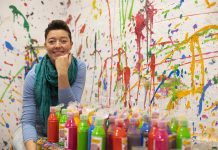 Founder of “Your Tribe” Amongst The British Business Bank’s Start-Up Loans... 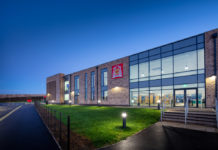 Advantex Secures £1M Worth Of Contracts To Supply IT Equipment Across...