Home Sport Newcastle-based Actress Opens Up a Whole New World of Sport in her...

Award winning Newcastle-based actress, presenter, writer and producer, Kim Tserkezie who has a passion for promoting the region’s wealth of TV and filmmaking talent has presented and exec produced a new four-part audio series for the BBC World Service looking at lesser-known sports, two of which can be found in the North-East.

Kim set up her own TV/Film/Audio production company, Scattered Pictures, to focus on nurturing diverse, underrepresented talent and to promote the North East to help bring quality prime-time productions to the region.

She has teamed up with IMG to produce Hidden Sport, a new four-part audio series for the BBC, Kim will take BBC World Service listeners on a global journey to discover the world’s lesser-known sports and explore how and why they are so important to those who watch and play them. The first episode will launch 23 April, and the following three episodes will be available weekly.

For the series, Kim discovered Dambe boxing in Nigeria and in West London the game of Switch incorporating aspects of football, volleyball, netball, basketball, and handball. But to her surprise, two other sports were being played literally on her doorstep as she explains:

“As a North East based company, I am excited that we have been able to include some very brilliant local voices in the programmes. As a disabled person, I haven’t found commercial sport very accessible or particularly interesting to me in the past but presenting this series has been a joy for me from beginning to end. It has been fascinating to hear from a wonderful range of interesting and passionate contributors across the globe, who have certainly challenged my own opinions on what sport means. I was amazed to find two of the sports were within a few miles of my home.”

In Newcastle, Kim discovered the fast-paced ball sport of korfball, which lays claim to being the only full gender equal team sport in the world. Kim learnt about the positive impact korfball has had and explored what other sports could learn from its pioneering approach to gender equality. She also tried her hand at drone racing on Gateshead Quayside and learned how the freedom of flying has captured the imagination around the world and helped fight some of the negative generalisations associated with drones.

“At Scattered Pictures we focus on presenting diverse and unrepresented perspectives in all of our projects and we are absolutely thrilled to have joined forces with IMG and BBC World Service to bring such an exciting, fresh take on the world of sport, “added Kim.

Gwenan Roberts, Senior Commissioning Editor for BBC World Service English, said: “Move aside golf, football, and tennis – Hidden Sport’s joy is showing how sport is being continually and innovatively reinvented to bring people together. I’m delighted that BBC World Service is working with IMG and Scattered pictures to broadcast this series.”

Steve Tebb, Head of Audio at IMG, commented: “We are delighted to be working with Scattered Pictures and the BBC on this revealing and entertaining new series. Listeners across the globe will be given a fascinating insight and the history behind a number of lesser-known sports including Dambe boxing, korfball and drone racing. In the final episode, Kim will explore Switch – a sport incorporating aspects of football, volleyball, netball, basketball and handball.” 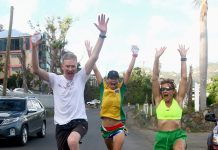 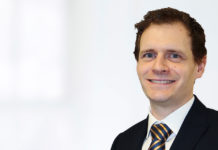 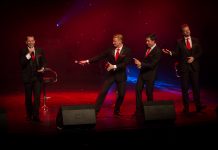 The Opera Boys to Bring West End Glamour to Tyneside