Newcastle’s thriving grassroots football scene could soon be benefitting from a large-scale investment.

The city has taken a step closer to being accepted into the Parklife programme – a grassroots football initiative that could pump millions of pounds into footballing facilities in the city.

Parklife is a five-year project that aims to build multi-pitch hubs in English towns and cities in order to raise standards and encourage wider participation in football. These hubs will have artificial pitches and improved facilities.

Nationwide the programme is worth £200 million and has seen investment from the Premier League, the government, the FA and local partners.

An expression of interest from a partnership made up of Newcastle City Council, Northumberland FA and the Newcastle United Foundation has been accepted by the Parklife programme, enabling Newcastle to progress to the next stage of the application process.

The Football Foundation – which is responsible for delivering the Parklife scheme nationally – is now cooperating with Newcastle City Council and its partners to develop two sites in the city.

The proposed sites are Blakelaw Park and Bullocksteads, in Kingston Park.

Local clubs and schools would be able to use the new facilities and the Newcastle United Foundation would use them to deliver outreach programmes to benefit local communities.

Feasibility work should be completed in early May, after which there will be consultations with local communities, clubs and football leagues.

Cities already involved in the Parklife scheme include Sunderland, London, Sheffield and Liverpool.

Eastleigh and Southampton join forces to develop a portfolio of Parklife Football Hubs! 🙌

Newcastle City Council’s cabinet member for cultures and communities, Cllr Kim McGuinness, said, “These are exciting times for Newcastle, with the latest developments about Parklife representing the hard work we have been doing to promote Newcastle as a healthy, physically active city.”

“We are building upon generations of sporting and cultural heritage that shows our desire, ambition and commitment to achieve great things.”

“This is a fabulous chance to improve the sporting opportunities in Newcastle. Our bid aims to support young people through sport and help improve football in particular.”

“If successful, we will not only help deliver grassroots football in Newcastle, but other sports and community activities will be able to secure access to state-of-the-art hub sites.”

Mark Woodhall, of Northumberland County FA, said, “Investment into grassroots football to improve facilities will clearly support the development of playing opportunities, as well as having an impact upon the health and wellbeing of the wider community.”

“We look forward to working with Newcastle City Council over the coming months.”

The operations manager of the Newcastle United Foundation, Steve Beharall, said, “We welcome the exciting announcement that the FA, Premier League and Newcastle City Council are developing Parklife hubs in the heart of our community, which will provide significant new investment into local, accessible facilities for local football provision.”

Across England, around 1.8 million people play football on a weekly basis. It is estimated that 1.5 million people volunteer as referees, coaches, ground staff, administrators and in other roles.

To learn more about the work of Newcastle City Council, please visit www.newcastle.gov.uk.

More information about Parklife can be accessed at http://www.sportengland.org/media/12134/parklife-football-hub-prospectus-july-2017.pdf. 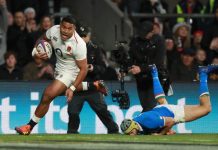 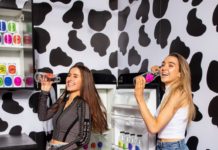 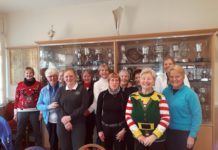