Eldon Square is reporting a strong uptake in business, with eight new stores opening ahead of the Christmas period.

Based in the heart of Newcastle upon Tyne, the shopping destination will welcome festive shoppers for what is anticipated to be its strongest period since 2019.

Eldon Square has seen a significant uptake in tenants over the last few months, with a mixture of national brands, including H&M, and local independent businesses, such as The Geordie Witch, opening in the centre.

The opening of these eight new permanent and seasonal stores will bring job opportunities to the city with the creation of at least 33 retail roles, in addition to seasonal vacancies in other stores.

The announcement of these new stores comes as Eldon Square kicks off their festive schedule, with the news that the John Lewis store has been chosen as one of the 10 stores in the UK to host their Christmas Emporium event. Other activities taking place in the shopping centre over the festive period will include; Mission Christmas: Cash for Kids and a gift wrap stand.

Tania Kelly, Marketing Manager at Eldon Square said: “We are excited to be welcoming Christmas shoppers into Eldon Square for what we expect to be a fantastic festive shopping season.”

“Alongside the opening of eight new stores, we are very proud to be working closely with a range of local charities to make the festive shopping experience even more special for our shoppers, whilst supporting our local communities.”

These charitable festive activities will be taking place throughout November and December. The Mission Christmas: Cash for Kids collection box for gifts for children will be located outside of Monki until 20th December, and a gift wrap stand offering gift-wrapping services in aid of the Children’s Foundation will be in place between the 13th of December and Christmas Eve.

More information on the new stores and the planned Christmas activities can be found on the Eldon Square website: www.eldonsquare.co.uk. 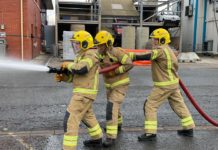 Rookie Firefighters Start Their Training as Next Generation of Life-Savers 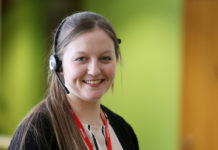 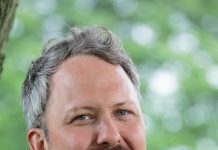