Washing your clothes on the delicate wash could be contributing to the problem of plastic pollution in our oceans, according to research done in Newcastle.

The issue of plastic pollution in oceans – and the devastating effect it has on fish, birds and marine mammals – is one of the greatest environmental challenges of our time.

As well as larger pieces of plastic, this pollution includes tiny microfibres. Scientists from Newcastle University recently showed that such fibres can now be found even in the deepest sections of the ocean.

What you might not know is that large amounts of plastic microfibres can be released when you wash clothes that contain materials like polyester and nylon. These fibres can drain out of washing machines, into rivers and eventually into oceans and seas.

And now Newcastle researchers have found that an incredible 800,000 more plastic microfibres can be released from clothing during a delicate wash than during a normal wash.

The research team, led by academics from Newcastle University, worked with Proctor & Gamble to analyse the effects of different types of washing cycles on polyester clothing.

They found that the larger the amount of water used in a wash, the greater the number of plastic particles that were released. The volume of water – rather than the speed or abrasiveness of the cycle – seemed to be the most important factor in detaching microparticles from clothes.

Delicate washes tend to use greater volumes of water than other wash cycles.

The team’s findings were recently published in the journal Environmental Science and Technology.

PhD student Max Kelly, who led the research, said, “Counterintuitively, we discovered that ‘delicate’ cycles release more plastic microfibres into the water, and then the environment, than standard cycles.”

“Previous research has suggested the speed the drum spins at, the number of times it changes spinning direction during a cycle and the length of pauses in the cycle – all known as the machine agitation – is the most important factor in the amount of microfibre released.”

“But we have shown here that even at reduced levels of agitation, microfibre release is still greatest with higher water-volume-to-fabric ratios.”

“This is because the high volume of water used in a delicate cycle, which is supposed to protect sensitive clothing from damage, actually ‘plucks’ away more fibres from the material.”

“Reducing the amount of plastic pollution is everyone’s responsibility and often it’s the small changes that make a huge difference.”

“By avoiding high water-volume-to-fabric washes such as delicate cycles and ensuring full wash loads, we can all do our bit to help reduce the amount of these synthetic fibres being released into the environment.”

“Hopefully, these findings may also be used by manufacturers to influence the design of future washing machines and reduce our plastic footprint. Over time, these changes could also see a global reduction in the amount of energy and water required to wash our clothes.”

Another Newcastle student has also been working to reduce ocean pollution, by setting up a company to reduce the impact of ‘ghost nets’, abandoned bits of fishing net that can snare and kill fish, seabirds and marine mammals. 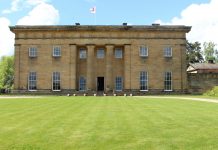 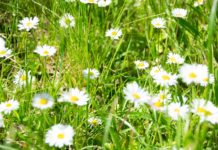 Newcastle Consider In The Top Fifteen Of The UKs Greenest Cities