Abrupt changes in climate may have been a significant cause of Europe’s Neanderthal humans dying out.

As stalactites grow in thin layers each year, any change in climate alters their composition and they therefore provide a record of how the climate has changed over time.

By examining the stalactites, the researchers found that the climate became very cold and dry during several periods (known as stadials) between 44,000 and 40,000 years ago.

The temperature would stay very cold for centuries then abruptly warm again.

Interestingly, these cold periods coincide with times from which very small amounts of Neanderthal artefacts and tools have been found.

This suggests that Neanderthal populations plummeted during these cold periods and that climate changes may therefore have contributed to the species’ decline.

Dr Vasile Ersek, from Northumbria University’s Department of Geography and Environmental Sciences, said, “The Neanderthals were the human species closest to ours and lived in Eurasia for some 350,000 years.”

“However, around 40,000 years ago – during the last ice age and shortly after the arrival of anatomically modern humans – they became extinct.”

“For many years, we have wondered what could have caused their demise. Were they ‘pushed over the edge’ by the arrival of modern humans or were other factors involved? Our study suggests that climate change may have had an important role in the Neanderthal extinction.”

Unlike the Neanderthals, modern humans may have been better equipped to deal with these cold periods.

Neanderthals were skilful hunters whose diets depended on meat from the animals they pursued. This became a problem when the cold climate reduced the numbers of such animals.

Modern humans, on the other hand, had a more diverse diet that also included plant foods and fish, giving them a better chance of survival. This put them at an advantage, enabling their population to increase and allowing them to occupy more of Europe than their Neanderthal relatives.

Dr Ersik continued, “Before now, we did not have climate records from the region where Neanderthals lived which had the necessary accuracy and resolution to establish a link between when the Neanderthals died out and the timing of these extreme cold periods.”

“But our findings indicate that the Neanderthal populations successively decreased during the repeated cold stadials.”

“When temperatures warmed again, their populations could not expand as their habitat was also being occupied by modern humans and this facilitated a staggered expansion of modern humans into Europe.”

(The featured image, showing a reconstruction of a Neanderthal man, is courtesy of Erich Ferdinand.) 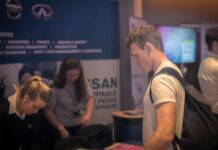 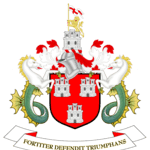 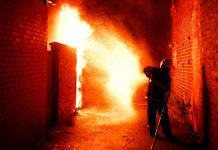